Is caramel color safe? The answer is yes – caramel colors have been deemed safe by all major global food regulatory bodies, including the US Food and Drug Administration (FDA), the Joint FAO/WHO Expert Committee for Food Additives (JECFA), Codex Alimentarius, the European Food Safety Authority (EFSA) and Health Canada. Here’s why:

The question around the safety of caramel color arose when California added a chemical found in class III and IV caramel colors called 4-Methylimidizole, or 4-MEI, to their Prop-65 list. Adding it was based on a controversial study by the National Toxicology Program (NTP) from 2007. The 2-year study on mice showed an increased incidence of certain lung tumors when they consumed 4-MEI. However, the levels of 4-MEI given to the mice far exceeded the normal amount humans would be exposed to when consuming food or beverages – an amount equivalent to a human drinking thousands of cans of cola every single day throughout their life.

4-MEI is a chemical compound that naturally forms during the cooking of food and beverage items we consume on a regular basis: coffee, cooked meat, baked goods, etc. Since caramel colors are created by cooking sugars, 4-MEI is naturally formed during the manufacture of certain products – specifically class III and IV caramels. 4-MEI is not present in Class I and II caramels and 4-MEI itself is never added to foods or beverages.

4-MEI occurs in very low levels in caramel colors. And since caramel is often used at dosage rates of around 0.1%-2.0% in final products, the occurrence of 4-MEI from caramel color in finished goods is miniscule.

But since it was added to the Prop-65 list, in order to comply with California law, many caramel manufacturers (including us!) began to innovate new methods of cooking class III and IV caramel colors that resulted in even lower levels than already occur, called ‘low 4-MEI’ caramels, some of which have levels so low they can be difficult to detect in the caramel color, let alone the finished product.

In order to ensure continued consumer safety, many studies on the safety of caramel color and the recommended daily intake levels on 4-MEI have been carried out since the controversial 2007 NTP study was published.

In a review of the scientific literature on 4-MEI, EFSA found that the highest exposure level to 4-MeI that could result from the consumption of foods containing class III and IV caramels “was not concerning.”

Interested in reading more about the safety of caramel color? Check out these resources: 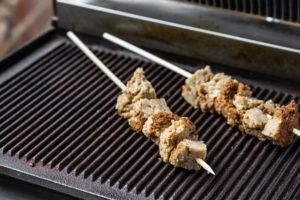 A myriad of colors for a bundle of veggie bases Meat-free products come in a variety of formats and use a variety of base ingredients, all with their own specific requirements. Coloring different plant bases varies by base and desired end color. The most 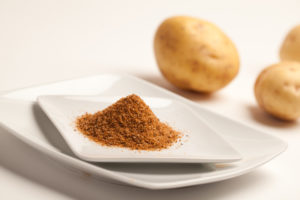 Closing the Gap: Innovations in Class I Caramel Color

Class I Caramel Innovations Caramel colors are used to color just about every kind of food product. And while you might think “brown is brown, why does it matter which class of caramel I use?” the technical properties vary widely between the three main 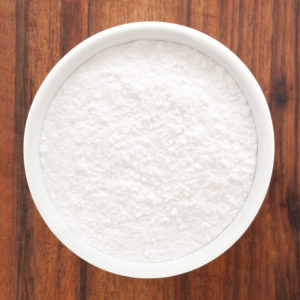 Titanium Dioxide Alternatives When you think about the natural colors that are added to your foods and beverages, your mind probably jumps straight to vibrant reds, oranges, yellows, etc. that show off your favorite flavors. However, there is another color

Chlorophyll is a green pigment that is naturally found in the chloroplasts in green plants. Its abundance in nature makes it ideal for use as a natural food color. But there are several types of chlorophyll available as a food coloring and it can get 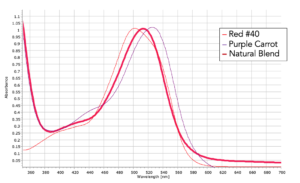 Color matching is often necessary when customers switch natural color suppliers or move from synthetic to natural colors. In both cases, we need to match the original color as closely as possible. But how do we do this? We’ll show you using the example of 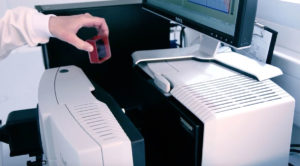 Video: How We Color Match

We often work with customers that are either switching natural color suppliers or moving from synthetic to natural colors. In both cases, we need to match the original color as closely as possible. Our Senior Applications Scientist, Katie Rountree, explains